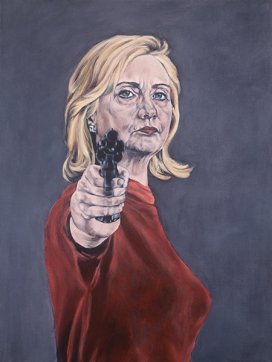 You are on a Red Line train in Chicago as it pulls up to the Addison stop. Wrigley Field is almost an arm’s reach away. A thousand people wearing Cubbie blue shirts and hats cram onto the car. You immediately hear chatter from them:

“That home plate umpire was unfair.”

“He was way off on those calls, particularly in the 7th”

You didn’t watch a single pitch, but you already know the outcome: The Cubs lost. Because you don’t make excuses immediately after you win.

Anyone who has ever watched a baseball game knows who “won” the first Presidential debate. Within minutes of walking offstage, Donald Trump and his surrogates were making excuses about the previous 90 minutes–to explain a poor performance. By the next day, however, the excuses were transforming into obnoxious conspiracy theories.

A Timeline of Trump Responses to the Debate:

Those phrases in quotes aren’t from random Trump supporters wearing tinfoil hats. They are the candidate’s own words.

If you actually believe those arguments, you are probably not reading this. And if you are, I am definitely not persuading you. I mean, Hillary likely paid me to write the post.

Luckily, this post is not directed at those who share articles about secret scratch signals and Parkinson’s devices. Instead, it is directed at the 10% of voters who are legitimately unsure how to cast their vote this year (or whether to cast one at all). Please do not buy into the nonsense conspiracy theories about Hillary Clinton. You shouldn’t believe conspiracy theories about Donald Trump, either.

Conspiracy theories are groundless. They are not useful for getting a true picture of the world. But they do have some use. They are helpful in understanding the character of those who promote them. Reasonable, intelligent, honest individuals do not make absurd claims of others to rile a crowd. These conspiracy theories should give you pause….not about Hillary, but about Donald Trump.

They are a sign of weakness. Why isn’t there an endless stream of popular conspiracy theories about Trump? Because there is no need.  Listening to what he says, how he acts, and what he proposes on a daily basis is plenty of fodder for seriously questioning his judgement.

The same is not true for Hillary. You can challenge her proposals, but she does not present herself to the world on a daily basis in a way that a reasonable person would think: “she has a terrible lack of judgment; she is spouting nonsense.” You can disagree with her without believing that she worships Satan (yes, that claim has been made). To discredit her, a campaign must make up wild theories of phantom illnesses, mass voter deception, or murder. This is in the hope that those insinuations drown out her actual words. Because her actual words and conduct on the campaign stand up as Presidential. Her opponent’s do not.

Photo Credit: Main image- Cover of “My Turn” a book by Doug Henwood