If I have to read one more article/post/comment that begins “It’s time for a history lesson”…I may gouge my eyes out. It reaches a low point when we are sharing “lessons” that drag Mr. Abraham Lincoln through the mud to argue for flying a rebel flag. This week alone, I’ve heard otherwise reasonable people share kindergarten level ideas like…

“The South was only fighting for states’ rights and the freedom that the Founders envisioned.”

“Most Southerns in the war didn’t even care about keeping slavery.”

Look, I understand that “we shouldn’t believe everything we learned in school.” But here’s the thing: Most of the big, important stuff we learned in history class is actually true: Hitler was bad. The Louisiana Purchase was a great deal. Americans were immensely lucky to have Abraham Lincoln lead us through the Civil War.

The Confederate battle flag should not be flown over public buildings in the United States of America. Sharing the “truth” about the Civil War will not change that. Here is another  kindergarten-level “history lesson” –

Nov. 1860 – Abraham Lincoln duly elected President of the United States. He never called for the immediate end of slavery but did acknowledge that “we cannot endure permanently half slave & half free.”

Dec 1860 – Before Lincoln is even sworn-in—-seven states secede from the Union. They want to dissolve the United States of America. Why? They worried that eventually Lincoln might propose things that they didn’t like (i.e. phasing out slavery). They feared that a majority of duly elected members of Congress would agree with those proposals and change federal law. Instead of abiding by the republican system of government, persuading more people of their beliefs, running better campaigns, or offering compromises, these Southern states decided it would be best to destroy the United States as they knew it. 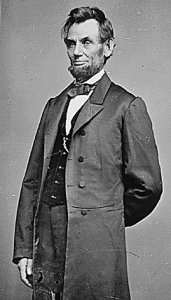 March 1861 – Lincoln is sworn in as president. He vows to do whatever it takes to keep the Union together. Makes sense…as that’s kinda the President’s most important job.

April 1861 – The Confederate States open fire on an American fort.

April 1861 – 1865 – Upwards of 650,000 Americans are killed as a result of the Southern state’s decision to quit the United States. Those waving the Stars & Stripes in battle win the war. The Union is preserved at a horrific cost. In various stages/maneuvers, slavery is ended.

If those on the field waving the Confederate battle flag had won, our United States of America would not exist…. 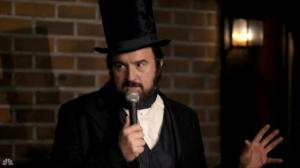